Ever since a family member died in 2013 of the Mad Cow Disease, otherwise known as Creutzfeldt-Jakob (CJD) disease in humans, I cannot stomach the idea of eating meat from a cow. Technically, you can’t get Mad Cow Disease, because, well, you aren’t a cow.

You can, however, contract this disease from different sources, such as contaminated surgical equipment used during surgery. The prion that causes variant CJD can also be transmitted by blood transfusion. And the worst part is that this disease can lay dormant in you for 10 to 50 years.

What is Mad Cow Disease?

Researchers believe that the infectious agent that causes mad cow disease is an abnormal version of a protein normally found on cell surfaces, called a prion. For reasons still unknown, this protein becomes altered and rapidly destroys nervous system tissue, specifically the brain and spinal cord.

The human version of Mad Cow Disease, called variant Creutzfeldt-Jakob disease (vCJD), is believed to be caused by eating beef products contaminated with central nervous system tissue, such as the brain and spinal cord, from cattle infected with mad cow disease.

The USDA now requires that all brain and spinal cord materials be removed from high-risk cattle. These include older cattle, animals that are unable to walk, and any animal that show signs of a neurological problem.  Products from these types of aminals are not supposed to enter the U.S. food supply. The USDA believes this practice effectively safeguards the U.S. public health from vCJD. Yet, over 475 deaths have been caused by this disease in the US from 1979 to 2013.

Typically, the onset of symptoms occurs about age 60, and about 90 percent of individuals die within six months to a year. In the early stages of the disease, people may have failing memory, behavioral changes, lack of coordination, and visual disturbances.

My Aunt Eileen was living a healthy lifestyle in St. Louis, Missouri (and lived many years in Texas) when she started to have weird symptoms. Our family was shocked to learn of her mad cow disease diagnosis.

We painstakingly watched my Aunt go through several phases as mentioned above until the family decided to withhold her care as her body and brain were shutting down.  It then took another 15 days for her to finally slip away to a peaceful place. This disease took her life in three short months.  She was only 65.

“Call me crazy, but before I put your meat in my mouth, I’d like to know where it’s been,” Bill Maher said on his HBO show. A good practice to follow!

How can CJD Be Transmitted?

Creutzfeldt Jakob Disease cannot be transmitted through the air or through touch. Spouses and other household members of sporadic CJD patients have no higher risk of contracting the disease than the general population. However, exposure to brain tissue and spinal cord fluid from infected individuals should be avoided. This prevents transmission of the disease through these materials.

In some cases, CJD has spread to other people from grafts of the dura mater (a tissue that covers the brain), transplanted corneas, implantation of inadequately sterilized electrodes in the brain, and injections of contaminated pituitary growth hormone derived from human pituitary glands taken from cadavers. Doctors call these cases that are linked to medical procedures iatrogenic cases.

Is The USDA Doing Enough?

Inspectors from the United States Department of Agriculture, Food Safety and Inspection Service (FSIS), also condemn any cattle that display clinical signs of neurological disease or central nervous system disorders. To prevent the disease’s transmission to people, the single most important food safety measure is to avoid human consumption of Specified Risk Materials (SRMs). SRMs are inedible and cannot be used for human food. Inspectors in every slaughterhouse in the United States work to ensure these and other food safety standards are met.

USDA confirms a new case in the United States. Watch this youtube video of an ABC news report (see  Mad Cow Disease Found in California, published April 24, 2012). They claim this infected cow never entered the food chain.  What about the other cows that haven’t shown symptoms yet?

Hanford is part of the San Joaquin Valley in central California. You’ll know you are there by the nasty smell of methane gas the cows emit into the environment.

There was an article in the International Business Time (IBT) by Ewan Palmer on October 24, 2015, titled Mad Cow Disease: BSE Found in Dead Cow on Welsh Farm.  In this article, Palmer noted, “this is only the fourth time BSE has been identified in the UK since 2013.”

A case of Bovine Spongiform Encephalopathy (BSE), more commonly known as Mad Cow Disease, has been identified in a dead cow at a farm in Wales. The Welsh government said the disease did not enter the food chain and there is no threat to humans.

If you ask me, that is four times too many! The Welch government stated that the disease did not enter the food chain and there is no threat to humans.

The United States is the world’s largest producer of beef. However, much of the beef we import is cheaper, leaner grass-fed meat from other countries like Australia, New Zealand, and Brazil.  In addition, two of the biggest agriculture partners who import process meat products to the US are Mexico and Canada.

When a cow died in Brazil in 2012 from the neurogenerative disease, which humans can contract by eating meat from sick animals, a number of countries suspended beef imports from Brazil as a precaution. The United States was not among them. What? Really?

The authorities at the hospital where my Aunt died asked the family to keep this information quiet and not stir things up publicly.  Again, really?

I think the opposite should be true and that warning people who eat beef could cause death. The problem with Creutzfeldt-Jakob Disease is that it can remain dormant in your system for 10 to 50 years.

If you are concerned about Mad Cow Disease or don’t want to buy meat implicated in the deforestation of the Amazon, you should steer clear of steaks marked “Product of Brazil”. Thanks to a provision of the 2002 Farm Bill implemented (at long last) in 2013, any imported meat must bear a country-of-origin label.

If you choose to eat meat, establish a relationship with your local butcher. They usually have a deep respect for animals and buy from farms where animals live happy lives. These sustainably raised, pasture-raised animals are able to roam free and eat from the land.  Therefore there is no need to pump them full of steroids and antibiotics.

Additionally, very little of their animals and their parts go to waste which, to them, is honoring the life of the animal. Animals are a butcher’s livelihood and they nourish the people who support their business.

Don’t eat processed beef from an unknown source. The manufacturer listed on the label is not necessarily the source of the meat. Since it is harder to know the origins of processed meat products, I am staying clear of all bovine-related meats. Do I miss burgers?  You bet!  But I’ve discovered that a veggie burger is a great replacement and provides protein from beans, grains, and oftentimes mushrooms.

About the author: Kelly Shaeffer

Kelly Shaeffer lives in Whitefish, Montana and is the author of the soon-to-be-released book Daily Detox Strategies, which offers simple detox strategies to help you live a healthier life in mind, body & spirit. Change your mind, change your body, it’s all up to you! 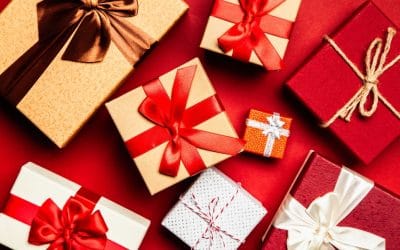 As the 2021 holiday season approaches, it's time to think about gifts for friends, colleagues and loved ones.  Below are 20 Amazon holiday gift favorites, and best sellers for the 2021 season. Splurge on a gift for yourself as well! Aromatherapy Diffuser and Essential...

Let’s talk licorice!  Licorice root extract, that is. According to dermatologists, the use of licorice extract can fade dark spots and brighten your skin. I’m in! In the quest for flawless skin, few things are as annoying as dark spots. Be they from sun damage,...

The Pet Effect, also known as the human-animal bond, is the mutually beneficial relationship between people and animals that positively impacts the health and well-being of both. Any pet owner will tell you that living with a pet comes with benefits, including...

Free USPS delivery on all orders!

This gingered lentil and spinach soup can be ready in 18 minutes with a Phillips Soup Maker!  No kidding!  And because it is an electrical device it will not run up your gas or propane utility bill during the winter months. This convenient soup maker saves time and is...
Read More

GMO Salmon, unfortunately, has been approved by the FDA. And this genetically modified fish is now available in your grocery store. On November 19, 2015, the Food and Drug Administration (FDA) approved Aqua Advantage salmon, a genetically engineered (GE) salmon for...
Read More

As the 2021 holiday season approaches, it's time to think about gifts for friends, colleagues and loved ones.  Below are 20 Amazon holiday gift favorites, and best sellers for the 2021 season. Splurge on a gift for yourself as well! Aromatherapy Diffuser and Essential...
Read More

The Power of Positive Thinking

Looking for healthy homemade granola that is packed with protein and antioxidants? I've been experimenting with this recipe and have finally figured out the perfect combination of oats, coconut, nuts, seeds, and dried fruit. This toasty, crunchy granola is perfect as...
Read More

It's gift-giving season and our 2017 Holiday Gift Guide is now available. I've been busy collaborating with healthy-minded companies to offer you discounts on a few of their fabulous products. To obtain discounts, simply enter the codes below. Check out these holiday...
Read More

This roasted carrot and parsnip winter soup recipe is not only heart-healthy, it is also a delicious soup to enjoy on a cold winter night. All About Parsnips There are many benefits to eating parsnips. They contain high levels of potassium, manganese, magnesium,...
Read More

7 Ways to Keep Your Skin Hydrated This Winter

It never fails, as soon as the days become shorter and the air a little crisper, our skin starts to cry out for moisture. Indoor air, cold weather, and harsh winds all conspire to suck the moisture out of our skin during the winter months, leaving your skin dry,...
Read More

In the New York Times best-selling book, The Food Babe Way, Vani Hari uncovers ingredients the big food companies don't want you to know about. It also explains how to rid your body of toxins in 21 days. Lose Weight and Restore Your Glow The Food Babe Way details how...
Read More

As the 2021 holiday season approaches, it's time to think about gifts for friends, colleagues and loved ones.  Below are 20 Amazon holiday gift favorites, and best sellers for the 2021 season. Splurge on a gift for yourself as well! Aromatherapy Diffuser and Essential...

END_OF_DOCUMENT_TOKEN_TO_BE_REPLACED

Let’s talk licorice!  Licorice root extract, that is. According to dermatologists, the use of licorice extract can fade dark spots and brighten your skin. I’m in! In the quest for flawless skin, few things are as annoying as dark spots. Be they from sun damage,...

END_OF_DOCUMENT_TOKEN_TO_BE_REPLACED

The Pet Effect, also known as the human-animal bond, is the mutually beneficial relationship between people and animals that positively impacts the health and well-being of both. Any pet owner will tell you that living with a pet comes with benefits, including...

END_OF_DOCUMENT_TOKEN_TO_BE_REPLACED

You have Successfully Subscribed!

Your email is kept safe with us!